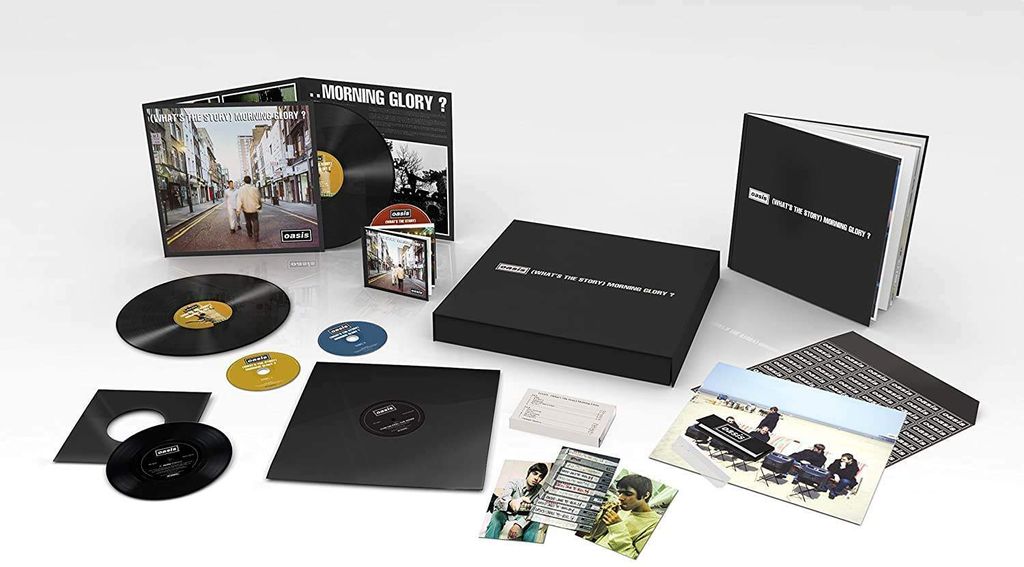 (What's The Story) Morning Glory?, the follow-up to the debut album Definitely Maybe, is Oasis' biggest-selling album with 22 million copies sold worldwide. It was recorded between May and June 1995 in Rockfield Studios, Monmouthshire, with Owen Morris and Noel Gallagher producing. Released on October 2nd 1995 it spent 10 weeks at No.1, is the 5th biggest-selling album in UK chart history and became the band's breakthrough album in the US where it sold 4 million copies. The new edition has been remastered from the original tapes by Ian Cooper at London's Metropolis Studios, supervised by the album s producer Owen Morris. A small army of contributors including original members of the inner circle who were involved in studio and live recordings came together to hunt down unheard demos and live material. The team also unearthed a wealth of never-seen-before photos and vintage memorabilia which will be included in the new artwork.

Highlights of the bonus content include:
* Previously unheard demos of She's Electric and Rockin Chair recorded at Mark Coyle's Manchester studio. Demos of Some Might Say, Hey Now, and Boneheads Bank Holiday recorded by Mark Coyle for the first time at the bands soundcheck at Club Quattro in Tokyo in September 1994
* Live recordings from legendary gigs such as Knebworth House, Maine Road Stadium, Earls Court, and Bath Pavilion
* All of the Morning Glory singles acclaimed B-sides including Talk Tonight, Acquiesce, The Masterplan, and Underneath The Sky