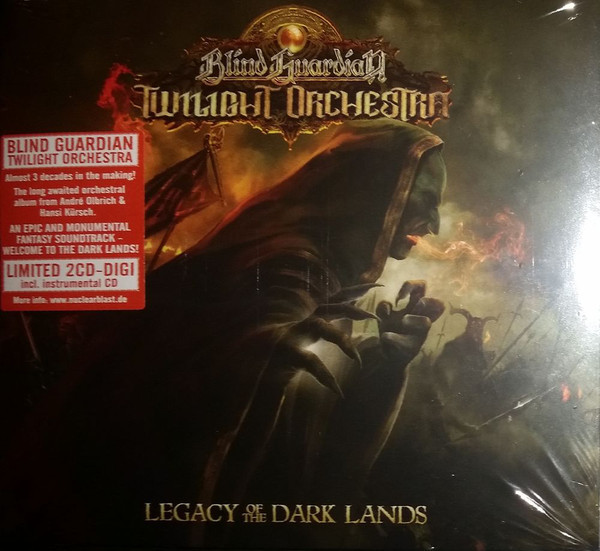 Legacy of the Dark Lands is the eleventh studio album by German power metal band Blind Guardian, released on November 8, 2019 through Nuclear Blast. It marks a departure from all previous works, as the only instruments performed are those of the Prague Philharmonic Orchestra, with singer Hansi Kürsch being the only member of the band to perform on the album; due to this, the album is credited to the "Blind Guardian Twilight Orchestra" instead of Blind Guardian.

A project worked on by Kürsch and André Olbrich since 1996, it is a concept album set in the 17th century during the Thirty Years' War, and based on the character of Solomon Kane created by Robert E. Howard in 1928; in Legacy of the Dark Lands, Kane's daughter, Aenlin, is looking for her father's legacy in the Habsburg Empire. A tie-in prequel novel, titled The Dark Lands and written by Markus Heitz, was published March 1, 2019.[1] Due to the limited performing line-up, this is Blind Guardian's first album without guitarist Marcus Siepen, and the first album without drummer Frederik Ehmke since 2002's A Night at the Opera; it is also the first album on which Olbrich doesn't perform guitars, although he was still involved as songwriter and producer.