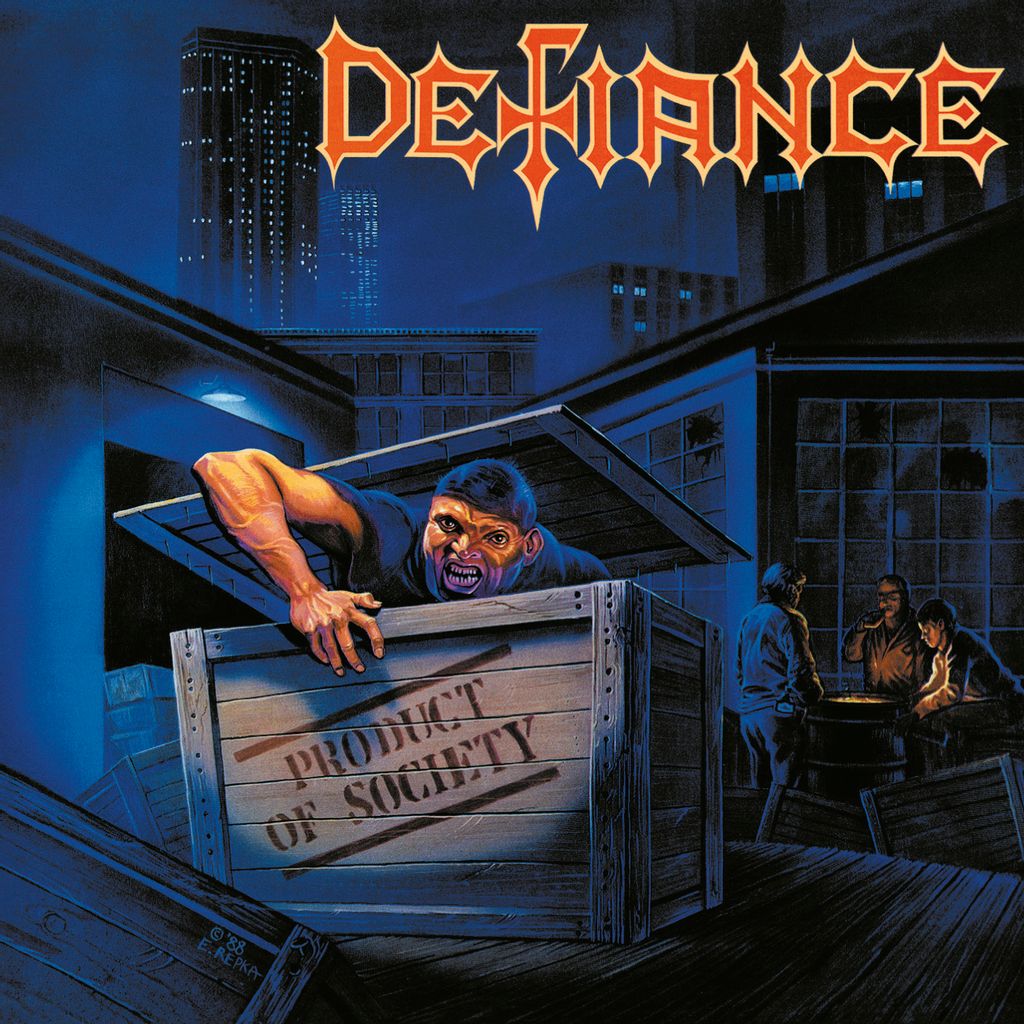 ‘Product Of Society’ is the debut full-length studio album by San Francisco thrash metal act Defiance. The album was released in February 1989 through Roadrunner Records and was produced by Annihilator‘s Jeff Waters and it managed to attract a lot of attention in the thrash community. It’s an example of great thrash, with musical leaders not followers and shows how great the Bay Area scene was. If you’re looking for something which thrashes hard with enough technicality to take it beyond the scope of bog standard thrash, then ‘Product of Society’ is a good place to start. Catchy riffing, enjoyable and skillfully played solos and accurate drumming shines in every song. If you like bands from the Bay-Area such as Testament, Vio-Lence or Death Angel you’ll enjoy this album.