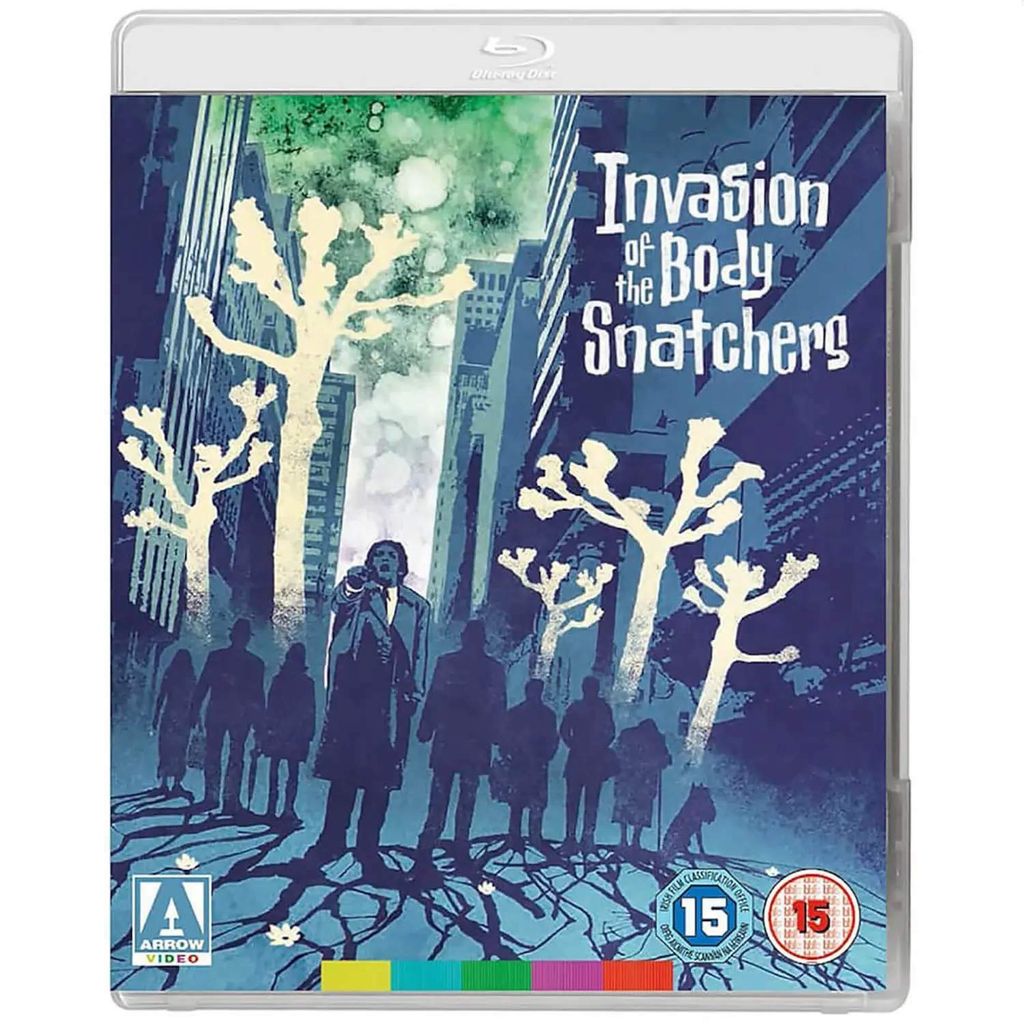 INVASION OF THE BODY SNATCHERS [Blu-ray]

WATCH OUT! THEY GET YOU WHILE YOU RE SLEEPING!

When health official Elizabeth Driscoll (Brooke Adams) notices that her lover has become strangely distant, this sets in train a series of shocking discoveries that sees both her and colleague Matthew Bennell (Donald Sutherland) fleeing for their lives to the sound of ear-piercing alien screams.

Remakes of great films are usually on a hiding to nothing, but Philip Kaufman s brilliant update of the 1956 classic is a rare and memorable exception. Transposing the action to the heart of San Francisco allows Kaufman to retain all the suspense of Jack Finney s original story while adding caustic social commentary about the selfishness of the 1970s me generation that remains all too relevant today.

But it s a paranoid thriller first and foremost, based on one of the most psychologically terrifying of all premises what happens when you can no longer trust not just the authorities but even your nearest and dearest?

High Definition Blu-ray (1080p) presentation of the film
Original uncompressed Stereo 2.0 audio / 5.1 DTS-HD Master Audio
Optional English SDH subtitles for the deaf and hard of hearing
Audio commentary with director Philip Kaufman
Pod Discussion: A new panel conversation about Invasion of the Body Snatchers and invasion cinema featuring critic Kim Newman and filmmakers Ben Wheatley and Norman J. Warren
Dissecting the Pod: A new interview with Kaufman biographer Annette Insdorf
Pod Novel: A new interview with Jack Seabrook, author of Stealing through Time: On the Writings of Jack Finney about Finney s original novel The Body Snatchers
Re-Visitors from Outer Space: Or, How I Learned to Stop Worrying and Love the Pod a documentary on the making of the film featuring Philip Kaufman, Donald Sutherland, writer W.D. Richter and more
The Man Behind the Scream: The Sound Effects Pod a look at the film s pioneering sound effects
The Invasion Will Be Televised: The Cinematography Pod cinematographer Michael Chapman (Taxi Driver, Raging Bull) discusses the look of and influences on the visual style of the film
Practical Magic: The Special Effect Pod A look at the creation of the special effects from the opening space sequence
Original Theatrical Trailer
Reversible sleeve featuring original and newly commissioned artwork by Nathanael Marsh
Collector s booklet featuring new writing on the film by critic David Cairns, as well as re-prints of classic articles including contemporary interviews with Philip Kaufman and W.D. Richter, illustrated with original archive stills and posters