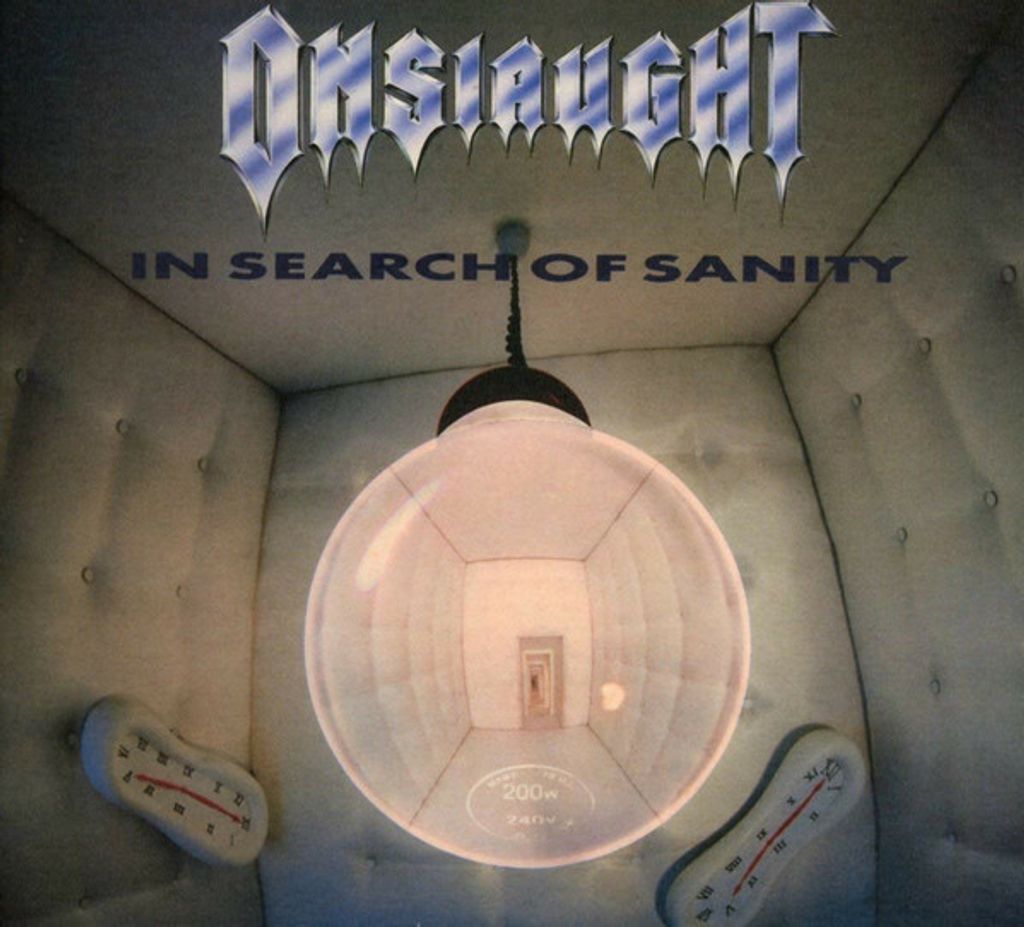 In Search of Sanity is the third studio album by English thrash metal band Onslaught, released in 1989. This album was originally recorded with Sy Keeler, but London Records were not impressed with the final product from a commercial point of view and enforced a re-mix and a complete re-recording of the vocals by Grim Reaper frontman Steve Grimmett, being the only album featuring him. It features their longest song to date "Welcome to Dying".

While the album was mostly in the same thrash/speed metal vein as The Force, it contains a more polished sound than Onslaught's previous albums, acquiring a more progressive and melodic edge. Despite meeting mixed reviews by their fans, In Search of Sanity was moderately successful, peaking at number 46 on the UK charts while the single "Let There Be Rock" peaked at number 50 in that country