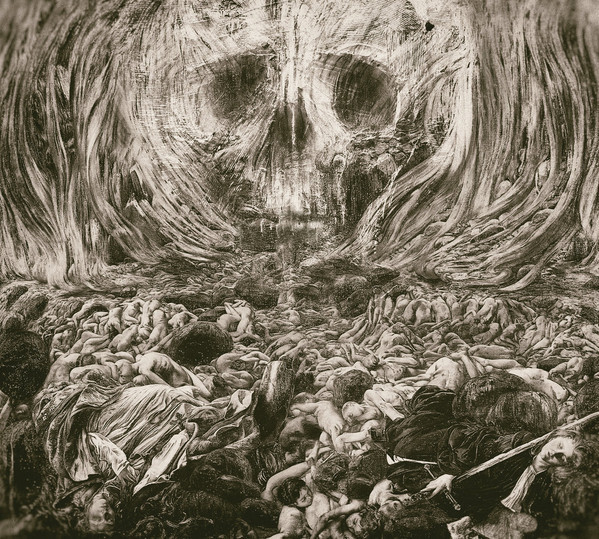 Shortly following the successful re-editions of FORGOTTEN WOODS’ cult albums “As The Wolves gather” and “The Curse of Mankind”, it’s now time to offer the same treatment to the most controversial and innovative project of the Norwegian combo, JOYLESS.

“Wisdom & Arrogance” is the second output of the project, but also the first to show JOYLESS in a comprehensive form, an evolution of the first wild signs that characterized the band’s debut, with songs swifting towards more contaminated negative rock territories.
The album has been indeed an influence on the scene and was released by the young Kvarforth (Shining) via his personal label Selbstmord Services.

Together with “Unlimited Hate”, the debut, these albums have become part of the ATMF cult edition series to emphasize their importance in experimenting different forms of hateful and negative music, showing the potential progression that Black Metal would have reached at a later stage, and making of JOYLESS a precursor of that irreverent attitude and creativity later flaunted by bands like Lifelover and Shining.

The new edition includes the 3 songs performed by the band on the split with Woods Of Infinity / Joyless ‎- Uppgivet Hjärta / Eidyllion, dated 2005.