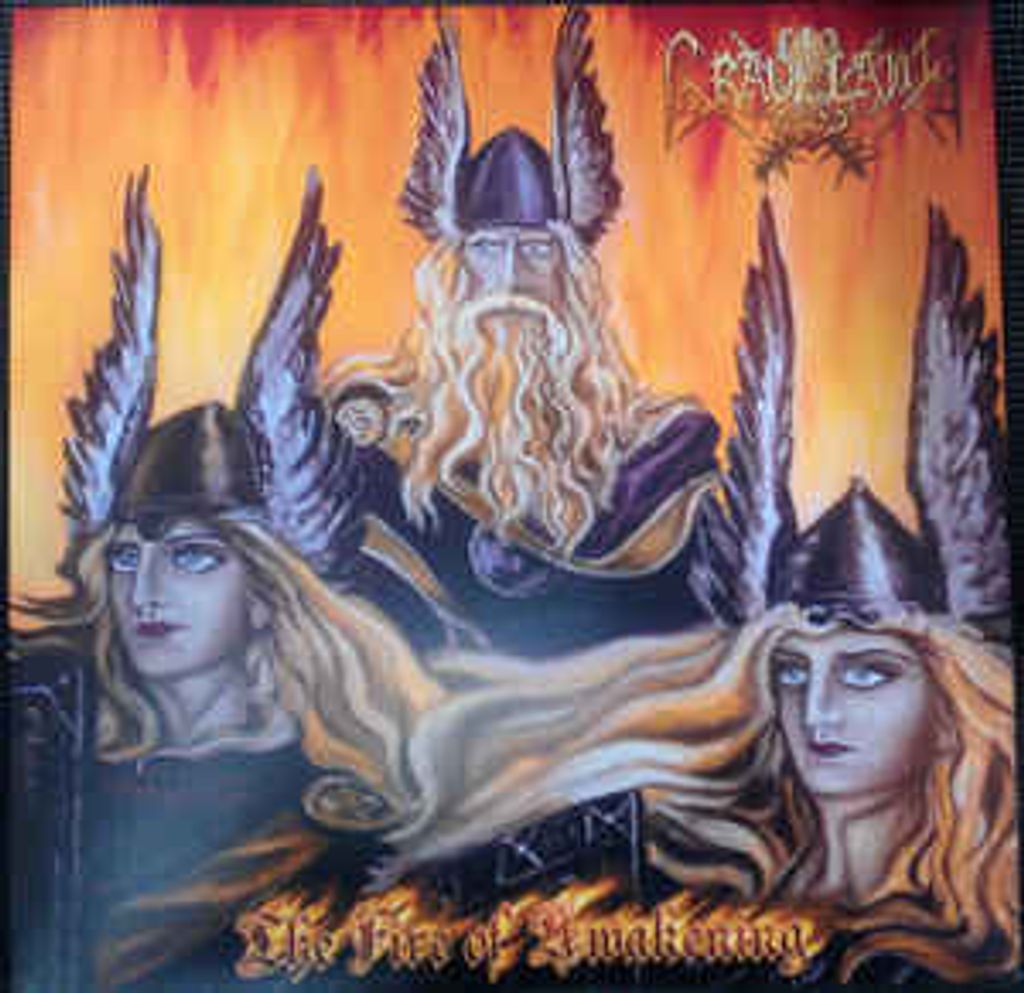 GRAVELAND The Fire Of Awakening LP

This album was originally recorded at Eastclan Forge and DSP Studio during Winter 2002/2003 for No Colours Records.
Produced and mixed by Rob Darken, DSP Studio production by Maciej Puto.
In 2013 I returned to this album to record polish vocals for the Warheart Records.
It has newly recorded lines of drums, keyboards and in part choirs.
Cello and viola parts were done by Alruna, choir parts were performed by both Alruna and Merida.
Album entitled "Ogien Przebudzenia" was issued by Warheart Records in 2014
Front cover art was painted by Alruna, inspired by the works of Konstantin Vasiliev (1942-1976)
Lyrics for "Battle of Wotan's Wolves" were written by Aramath (Woodtemple).
In 2017, for the No Colours Records reedition of "The Fire of Awakening", the album was remixed, this time using old, english vocal lines.