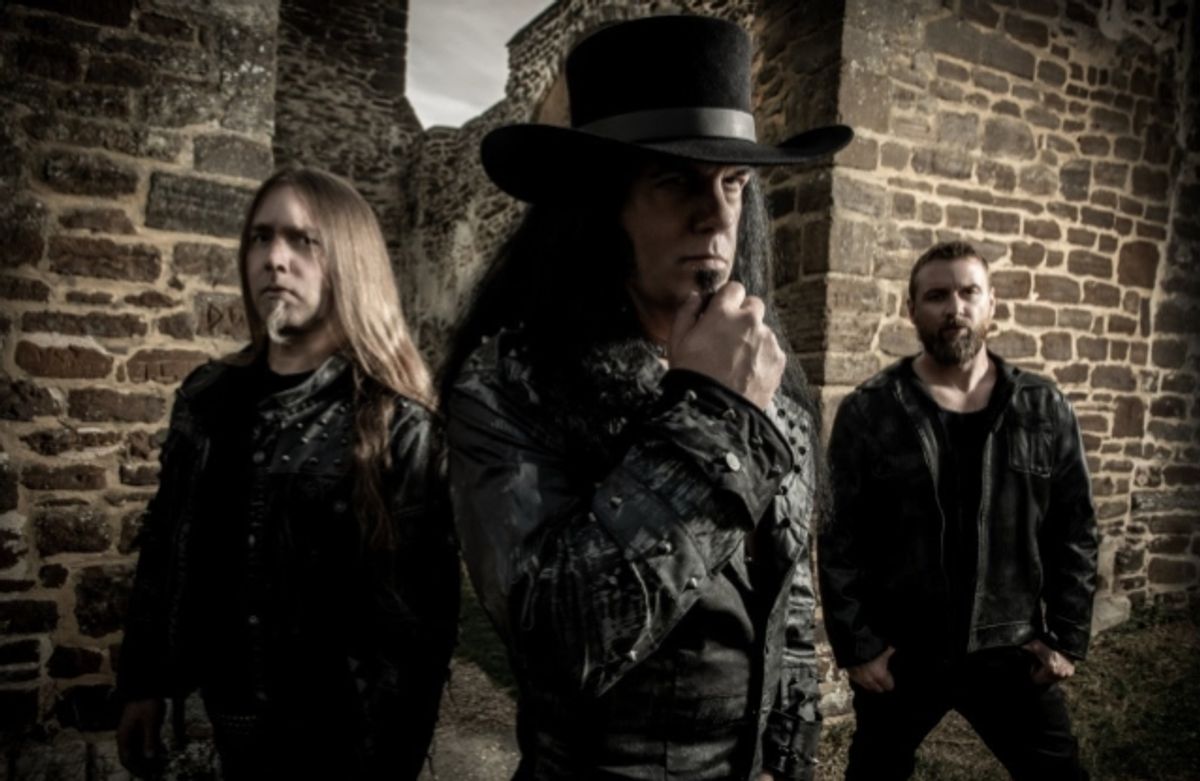 VLTIMAS, the three-piece extreme metal formation consisting of David Vincent (ex-MORBID ANGEL), Rune "Blasphemer" Eriksen (ex-MAYHEM, AURA NOIR) and Flo Monier(CRYPTOPSY), will release its debut album, "Something Wicked Marches In", on March 29, 2019 via Season Of Mist. The first single from the disc, "Praevalidus", can be streamed below.

Eriksen comments on the track: "In my personal opinion, any one of the songs on 'Something Wicked Marches In' could be a potential single. We ended up choosing 'Praevalidus' as the first one, mostly due to its immediacy and intensity but also as it feels like a suitable way of showcasing what this band and this album is all about. Let the celebration of the wicked commence!"

The cover for "Something Wicked Marches In" was created by renowned Polish artist Zbigniew M. Bielak (GHOST, PARADISE LOST, BÖLZER, ZHRINE) and can be seen below.

The foundation for VLTIMAS was laid when Rune, after collecting a handful of riffs, presented Mounier with the idea of forming a band together. For the two musicians, having composed and recorded numerous songs together in the past, the musical chemistry was already tried and tested. However, one thing was still missing. This extraordinary musical project needed an extraordinary voice and Eriksen got in touch with Vincent, with whom he had been in contact for years, to finalize the lineup.

Vincent had just exited MORBID ANGEL and was ready for a new chapter in his long spanning career. Everything fell into place, and VLTIMAS came into being.

During the Noize Factory sessions (Georgetown, USA), the musicians started writing a substantial amount of music. The sessions proved to be a fruitful endeavor and the first ideas and song skeletons were later fleshed out by Rune at his home studio in Portugal, then finalized when Mounier and Eriksen returned to Texas, in order to put the final touches to the material at David's home studio. In a more controlled surrounding the songs started to unveil themselves and the studio was booked.

The band entered Orgone Studios in Woburn, England in May 2018 with producer Jaime Gomez Arellano. While there, the three-piece recorded nine crushing tracks that will appear on the full-length debut album.

The new record offers a vast array of influences, but most notably the distinguished symbioses of these three respected and talented musicians. A dark and sinister ambiance meets a majestic and a commanding death metal energy.

"Something Wicked Marches In" track listing: